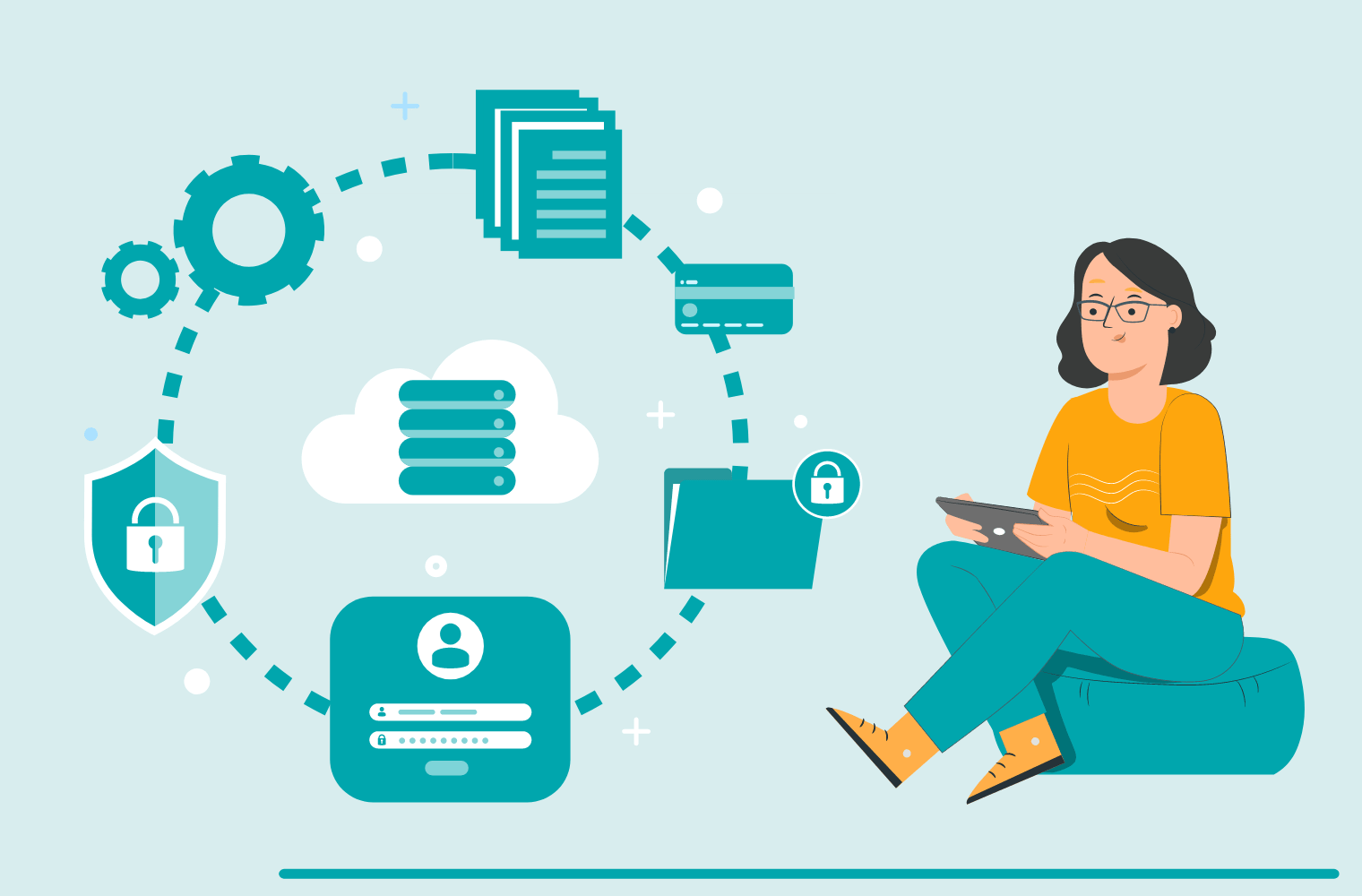 What is a Golden Record and why does it matter in welfare services?

What is the ultimate truth? That may be a deep question we should save for the philosophers, but as far as data is concerned, it is a single record of truth for an organization. In our final Technology in HHS series instalment, we tell you what the Golden Record is all about and how it could make a difference for the Health and Human Services space.

No one could remember a time before the plagues haunted the land of Health and Human Services (HHS). Duplicated data has long made the work of data entry inefficient if not redundant. Weary caseworkers would search long and wide, across many databases and systems for their relevant records. Different data formats cursed any attempt at coherent centralization. These were dark times.

Yet, legends soon foretold of a golden record that could put an end to these plagues. Whispers began to take root, telling tales of master data management. Rumors became hope, hope became action, and action finally brought the Golden Record.

What exactly is a Golden Record?

Legends aside, a Golden Record is a data management technique and process that collects and integrates all the disparate data entities in an organization into one, single record of “truth,” eliminating redundancy and improving efficiency.

This then means that the necessary information is not easily aggregated. The information required in casework can take many forms, such as voice recordings from meetings, personal information regarding the profile of the child, and the history of the case itself.

How does the Golden Record work?

Again, the Golden Record isn’t exactly a single piece of technology, but more of a technique or process of data management that involves a few stages.

Potential of Golden Record in HHS

Due to the capacity of a Golden Record for improving the overall efficiency of a data management system, HHS could benefit in some of the following ways: 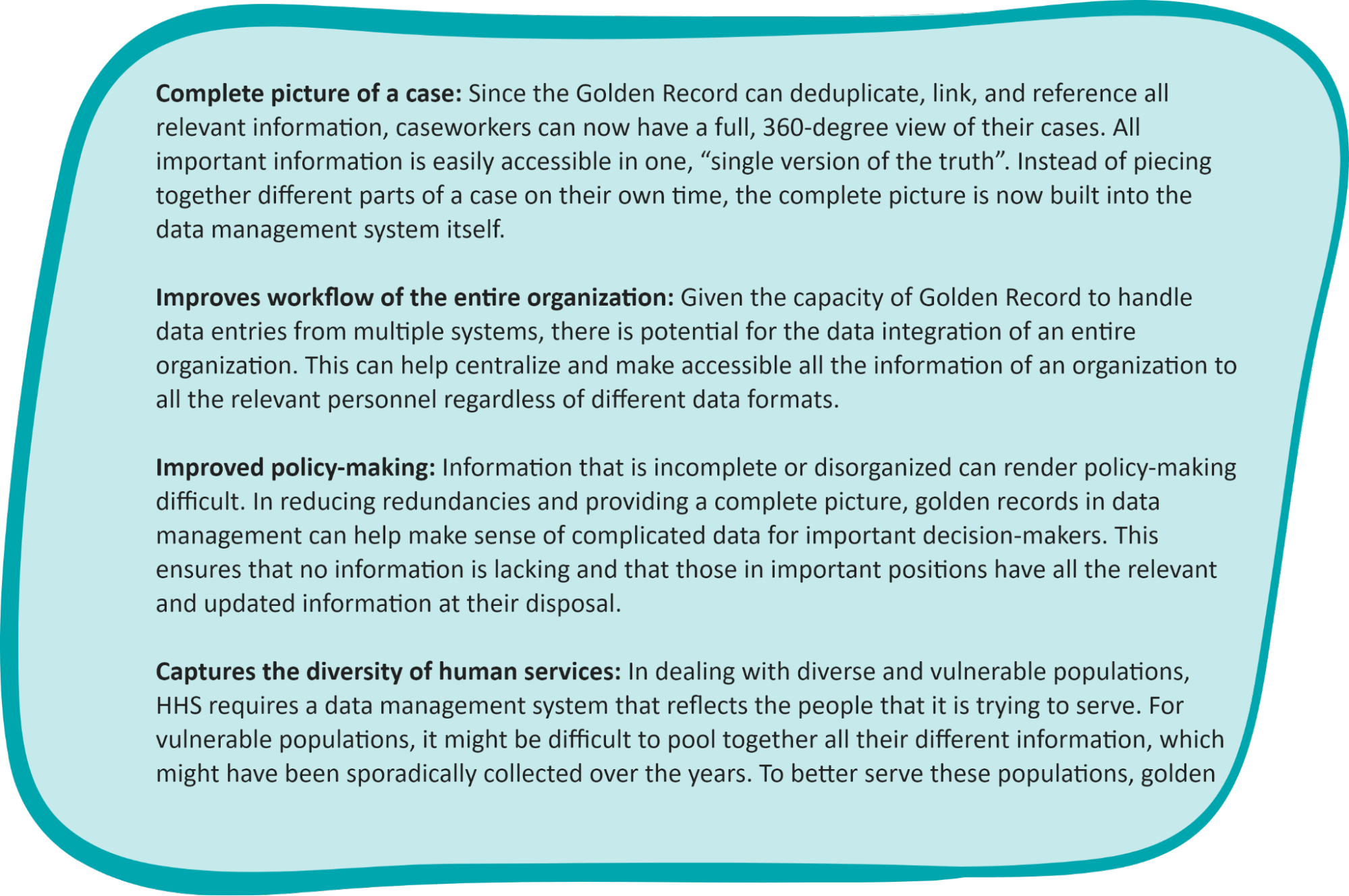 As the world continues to get more and more complex, it is necessary that the tools used to understand it can capture and reflect this complexity while still making sense of it. While it sounds like fantasy, data management systems can help put an end to redundancy and inefficiency in data management. In our most important agencies, it is crucial that they have the best tools available to better serve their citizens.

Speak to us to find out more about how we ensure the single version of truth for our clients in HHS.

Help us understand your business requirements so that we can serve you better. Please provide your details for a free consultation.